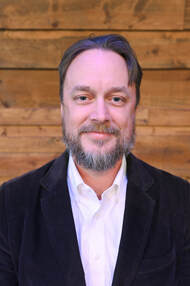 Rev. Dr. Andrew Dionne, President
Andrew Dionne began his current pastorate at Trinity Presbyterian Church (Evangel Presbytery) back in 2011. From 2004 to 2011, Andrew served as a pastor at Christ the Word Church (Toledo, OH). Andrew received his MDiv from Covenant Theological Seminary in 2004 after earning a doctorate in music composition from Indiana University in 2003. In addition to his work as a pastor, he is a former moderator of Evangel Presbytery. To learn more about Pastor Andrew’s family and shepherding work visit his blog, his writing on Warhorn Media, and his personal Facebook page. He and his wife, Sarah, have been married for twenty-two years and have six children. 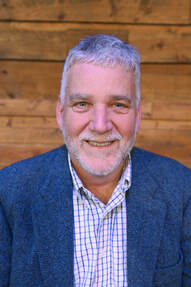 Rev. Timothy Bayly, Vice-President
Tim Bayly has been senior pastor of Trinity Reformed Church since 1996. He’s vice president of New Geneva Academy, a pastoral training school where he’s been an instructor since 2005. He has the MDiv from Gordon-Conwell Theological Seminary and in 1983 was ordained by John Knox Presbytery of the Presbyterian Church (USA) to serve First and Rosedale Presbyterian Churches in Wisconsin. In 1991, along with his congregation, Bayly transferred into the Presbyterian Church in America, where he served on his presbytery’s Shepherding Committee and the General Assembly’s Ad Interim Study Committee on Women in the Military.

From 1996 to 2000 Bayly was executive director of the Council on Biblical Manhood and Womanhood. His books include Daddy Tried, The Grace of Shame, Church Reformed, and Elders Reformed. He also writes and podcasts at Warhorn Media. Bayly is married to his childhood sweetheart, Mary Lee; they have five children and twenty-seven grandchildren. 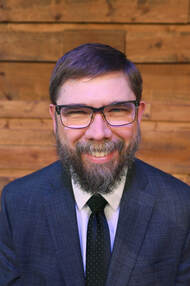 Rev. Stephen Baker, Dean
Stephen Baker has served as the dean and lead instructor of New Geneva Academy since 2005. He has been an associate pastor of Trinity Reformed Church since 2003. In 2001 Stephen completed a Master of Ministry degree from the Reformed Baptist Pastoral Training Institute of Worcester, Massachusetts. Stephen is married to Sebra, and they have six sons and one grandson. Mr. Ben Sulser, Administrative Assistant
Ben Sulser, a Tennessee native, spent the last few years training for pastoral ministry at New Geneva Academy. He graduated from the program in 2019 and is a recent licentiate in Evangel Presbytery. He writes and records podcasts with Warhorn Media and hopes to be in full-time pastoral ministry soon.
﻿